What can I say? I really liked this show but perhaps not for the reasons I expected; Dr. Thierry Morel’s curation is a tour de force, but as Eric Morecambe famously commented to André Previn on his version of Grieg’s Piano Concerto: “I’m playing all the right notes—but not necessarily in the right order”.

Highlights of the show for me include Bernini, Soutine’s self-portrait of 1920 and other stunners from the Russian State Hermitage Museum, St Petersburg. The rawness of Bacon (sic) actually plays well against the lustrous accompaniment of Rembrandt, Velázquez et al. and reassures us that ‘painting is not what it was’ – either in terms of concept or craft. Definitely one to see – on until July 26th 2015 at the Sainsbury Centre for Visual Arts, Norwich, UK. 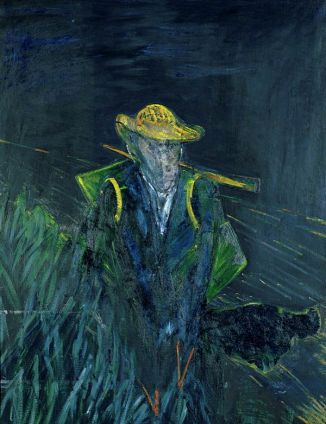 Delighted to be an Arts and Culture reviewer for Wall Street International; this show at the Barbican is well worth a visit.

Check out my review here.

Latterly reclusive, Clatworthy was part of a gifted generation of sculptors in a uniquely British tradition. Butler, Thornton, Meadows et al. His work was characterised by a sense of struggle with the form, this exemplified by the agitated, tempestuous surface of the clay. His work displayed physical solidity and form occasionally redolent of Giacometti, but with Clatworthy the style was perhaps less of a sculptural mantra.

Anyone visiting this show, anyone who had met Roger will understand the poignancy, humour and extraordinary potency of small things. The works in this show are some of the most varied, dedicated and intricate ‘sculptures’, objects which are seared and defined by concentrated sunlight. Despite their small size, there is a monumentality to many of the works and extraordinary ingenuity that leaves one impressed and hypnotised in a way which one can only imagine is entirely reciprocal to the process of making. Literally ‘reading between the lines’, and being fully aware that these were Roger Ackling’s last works, one can only confirm the old adage that ‘the last thing  fighter loses is his punch’; Roger never lost his dexterity, focus and an eye for the beauty of intimate forms described and delineated. These works, far from being ‘Simple Gifts’ are sophisticated, elegant, classical and occasionally hilarious. They are gifts though, from a much missed and uniquely gifted artist. 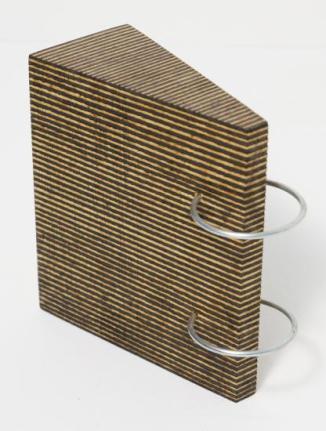 Roger Ackling at Annely Juda Fine Art until 7 May 2015